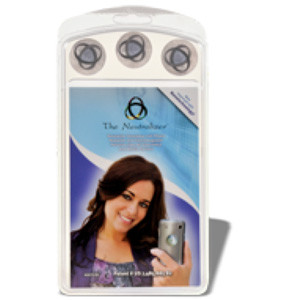 Scientific testing has shown that the Aulterra Neutralizer completely neutralizes the damaging effect of mobile phone radiation on human DNA 100%.The Aulterra Neutralizer does not block or absorb radiation. It has a much more advanced, and beautiful modus operandi than that, which enables it not to interfere with the performance of the phone.

◦The Neutralizer™ is a small holographic disc that is the only product on the market today which has been scientifically proven to be significantly effective in reducing and or neutralizing the harmful effects of electromagnetic waves.

Q. How does the Neutralizer work?

- The three micro-thin layers of rare activated earth elements combined with a holographic disc layer to provide protection against radiation and electromagnetic pollution from other electronic equipment.

Q. What Can I put the Neutralizer on?

- Cellular phones are not the only harmful EMF radiating devices in our homes or offices. If you have any of these electronic devices, you need the protection of the Aulterra Neutralizer™: