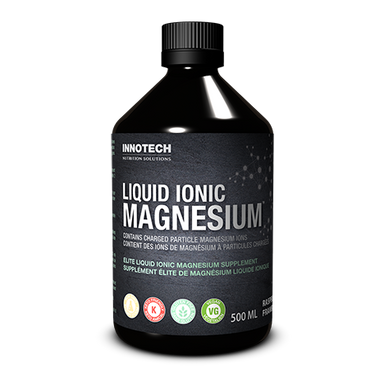 Magnesium is more important than calcium, potassium or sodium as it is required to regulate them. The chief function of magnesium is to activate certain enzymes, especially those related to carbohydrate metabolism.

Magnesium is more important than calcium, potassium or sodium as it is required to regulate them. The chief function of magnesium is to activate certain enzymes, especially those related to carbohydrate metabolism. Magnesium activates over 300 different biochemical reactions for the body to function properly thus making it a very important mineral for the body. Another role is to maintain the electrical potential across nerve and muscle membranes. It is essential for proper heartbeat and nerve transmission.

Muscle contraction, glucose metabolism, electrical impulses of the heart, bone formation all rely on this mighty mineral to get the job done! If truth be told, the human body cannot function normally without magnesium. Sometimes when mysterious health symptoms arise it can be time to ask, “Am I magnesium deficient?”

Magnesium is a class of mineral very unique unto itself. There are many experts in the field of health but we will rely on one who understands magnesium. From his book Holy Water, Sacred Oil, the Fountain of Youth, Norman Shealy, MD, Ph.D., states the following: “Every known illness is associated with a magnesium deficiency,” and further states, “magnesium is the most critical mineral required for electrical stability of every cell in the body. A magnesium deficiency may be responsible for more diseases than any other nutrient.”

“Some 350 different enzymes within the body rely on magnesium,” says Burton M. Altura, of the State University of New York Health Science Center in Brooklyn, New York. Altura, further states concerning stroke victims, “those who stroked out had the lowest levels of ionized magnesium when they stroked out. Yet, in some cases, the patients total magnesium concentrations were in the normal ranges.” Magnesium is found in lower levels in the blood. The normal range for magnesium is 1.7 – 2.4 mEq/litre compared to sodium, which is 140 mEq/litre. Thus the problem of measuring accurate amounts of magnesium in the body is difficult because intracellular magnesium is what needs to be measured. Much of magnesium on the market needs to be converted to ionic form before effective results are manifested. Nano particle ionic form of magnesium goes intracellular which can eliminate many worries about magnesium levels being low due to poor absorption.

There is a small portion of society that is aware of the enormous role magnesium plays in body chemistry. Most healthcare professionals do not consider the underlying consequences of low magnesium levels as a consequence to having good health.

Americans are experiencing huge healthcare costs being laid upon them daily, why hasn’t the awareness levels of magnesium deficiency become more publicized?

Symptoms of low levels of Magnesium

The following is a list of things we can watch for concerning low levels of magnesium in humans:

due to LML (low magnesium levels)

It is not completely clear what long-term damage is being done to the body by having low levels of magnesium.

Testing for magnesium levels is difficult and current methodology is out dated. So we are left hanging in the balance. Virtually, all magnesium products on the market are not even close to being absorbed intracellular where magnesium needs to do its best work.

The Journal of the American College of Nutrition published an article by Burton B. Silver, Ph.D., in which he makes his point very well concerning the inability of current methodology to measure magnesium levels within the body. Measuring serum magnesium is inaccurate because only 1% of the total body magnesium is found there. According to Dr. Silver, these measurements (serum levels) are of little use because they don’t give an accurate status of magnesium levels needed within the body for health benefits. Accurate magnesium levels must be measured in intracellular spaces to attain true levels of magnesium that will then show superior benefits.

Knowing the above information from Dr. Silver is accurate, is another reason we are convinced nano particle ionic magnesium is the best source of magnesium because it is in the form the body uses without biological manipulation before ingestion into cells takes place. Other forms of magnesium not in ionic from must be manipulated into ionic form to go intracellular and into ion channels of cells. Nano particles allow for more particle absorption and increased speed at which these magnesium particles get absorbed.

One concern we should all have when taking life critical minerals, is making sure the proper transit time is observed. If products do not get absorbed they will be excreted.

Why do people suffer from loose stools and even diarrhea when taking high quantities of magnesium? This occurs as non digested magnesium acts as a laxative because it has not been converted to ionic form before it enters the digestive system.

The Journal of Clinical Endocrinology and Metabolism states: “Young men taking magnesium can slow bone turnover which is the routine breakdown and rebuilding of bone. Bone turnover is important in postmenopausal women because this process can contribute to bone loss and osteoporosis, a crippling embrittlement of bones.”

The University of Graz Medical School in Austria examined the ability of magnesium supplements to slow bone turnover in healthy young men. In that study, 27 to 36 year olds were examined and surprising results were obtained. Magnesium levels in the blood were lower. What a surprise, but the reason for the lower levels was, tissues such as bone were taking up magnesium in a disproportionate share of the biological active form known as ionic form magnesium. The ionic form of magnesium was being transferred intracellular and not staying in the serum. This sort of data validates our research that magnesium needs to be in ionic form for complete utilization.

The Journal of Hypertension reports magnesium supplements offer therapeutic benefits to men with high blood pressure. Even those already taking medicine to control their hypertension saw extra benefits. Other studies have taken place around the world and one in particular was at the National Cardiovascular Center in Osaka Japan which showed a decrease in the blood pressure levels, especially in men with the highest blood pressure.

Obstetricians: have found the developing placenta and fetus drain maternal stores of magnesium and the bad part is, low levels of magnesium may contribute to cardiovascular problems during pregnancy. In Europe, magnesium therapy is becoming a routine part of obstetric care.

Cellulite: According to Dr. Susan Lark, MD in her newsletter, New Choices the Chemistry of Weight Loss, summer 2001, “Magnesium is critical for getting rid of cellulite. Many of the weight problems I have seen can be cured with magnesium.” A British researcher found that 80% of fatigue patients lack magnesium. The reason magnesium is important is, it stops cortisol production, which makes your belly bigger and because it helps convert fatty acids into the anti-inflammatory prostaglandin. Dr. Lark, says she has seen inflammation disappear and women loss 10 pounds in one week.