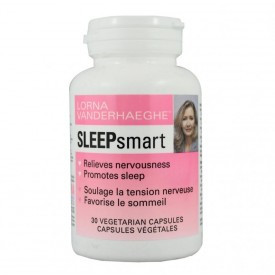 Nutrients for a Better Sleep

Valerian is used to ease insomnia, anxiety and nervous restlessness. Its medicinal use dates back to the second century AD. Valerian is a mild sedative believed to increase the levels of a chemical in the brain called GABA. GABA lowers the activity of some brain cells, inducing a relaxation effect.
Benzodiazepine drugs including alprazolam (Xanax) and diazepam (Valium) also work using this principle. Studies have found valerian to be effective in treating sleep troubles, in reducing the time it takes to fall asleep and in improving sleep quality.

Hops - A sedative and calming agent, hops is another favorite in herbal medicine for relieving nervousness and improving sleep.

Passionflower is used to treat anxiety and insomnia. Its calming properties are well known. Like valerian, passionflower is believed to work by increasing GABA in the brain. Several studies have found passionflower to be effective in reducing the symptoms of anxiety.

Chamomile - Medicinal use of chamomile dates back thousands of years. Studies support chamomile's main use as a calming agent and sleep aid. It also has ability to help relax muscle contractions, particularly in the smooth muscles of the intestines. For this reason, it is also used in herbal medicine
to relieve mild digestive disturbances such as bloating and belching, as well as inflammatory conditions of the gastrointestinal tract.

Melatonin - identified in 1958, is a hormone manufactured from serotonin (our feel good hormone) and secreted by the pineal gland. Melatonin is most well known for its ability to control our sleep-wake cycles where it is secreted in darkness and suppressed by light. It is also used to treat jetlag where it resets our internal clock when we travel by air across several time zones. Children have much higher melatonin levels than adults and sadly as we age it is dramatically reduced. Anti-aging specialists believe melatonin to be essential in slowing the aging process. Low levels of melatonin are also found in those individuals with sleep and depressive disorders. An interesting animal study further suggests that it may benefit women with endometriosis. This promising Turkish study, which appeared in Fertility and Sterility in 2008, noted that melatonin significantly shrunk endometriotic lesions in rats over a two-month period compared to rats that did not receive melatonin.

Suggested use: Take 1 capsule before bed or as directed by a health care practitioner.