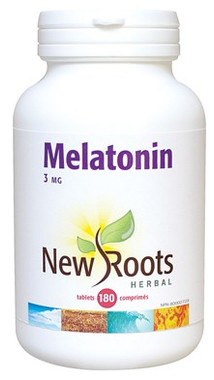 Melatonin is not the major regulator of normal sleep patterns, but undoubtedly has a major effect. One topic that has generated a large amount of interest using melatonin alone, or in combination with phototherapy, is to treat sleep disorders. There is some indication that melatonin levels are lower in elderly insomniacs relative to age-matched noninsomniacs, and melatonin therapy in such cases appears modestly beneficial in correcting the problem. Another sleep disorder is seen in shift workers, who often find it difficult to adjust working at night and sleeping during the day; the utility of melatonin therapy to alleviate this problem is equivocal and appears not to be as effective as phototherapy. Still another condition involving disruption of circadian rhythms is jet lag; in this case, it has repeatedly been demonstrated that taking melatonin close to the target bedtime of the destination can alleviate symptoms—melatonin has the greatest beneficial effect when jet lag is predicted to be worst (e.g. crossing many time zones). In various species including humans, administration of melatonin has been shown to decrease motor activity, induce fatigue, and lower body temperature, particularly at high doses. The effect on body temperature may play a significant role in melatonin’s ability to entrain sleep-wake cycles, as in patients with jet lag.

Where Does It Come From?

The pineal gland, or epiphysis, synthesizes and secretes melatonin, a structurally simple hormone that communicates information about environmental lighting to various parts of the body. Ultimately, melatonin has the ability to entrain biological rhythms and has important effects on the reproductive function of many animals. The light-transducing ability of the pineal gland has led some to call the pineal the “third eye.” The pineal gland is a small organ shaped like a pinecone (hence its name). It is located on the midline and attached to the posterior end of the roof of the third ventricle in the brain.

Recent research on melatonin is supporting the belief that it is a powerful anticarcinogenic hormone. Dr. Russel Reite, author of “Your Body’s Natural Wonder Drug—Melatonin,” describes it as one of the most powerful antioxidants and advocates its use for this reason, for free-radical damage to the brain is known to be the cause of a large number of serious diseases such as Alzheimer’s, Parkinson’s, Down syndrome, and muscular dystrophy. Vitamin E, the universal antioxidant, does not cross the blood-brain barrier to prevent oxidation, yet melatonin does.

Travellers now have the option of taking melatonin to help counteract the effects that flying has on getting a good night’s sleep. Taking melatonin to reduce jet lag is probably the safest and best-tested use of the hormone to date. In using melatonin during travel, the goal to be in bed and asleep during the normal scheduled hours of where it is you’re going is finally achieved.