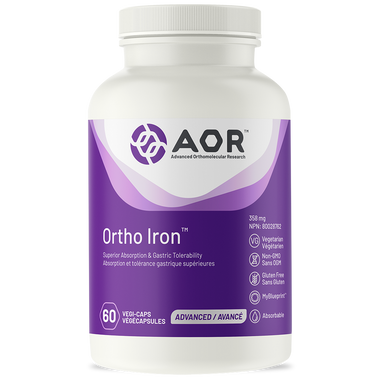 Iron is a fundamentally essential trace mineral in human nutrition. Iron-deficiency, which can lead to anemia, is the most common nutritional
disorder in the world with approximately 25% of the world's population being iron-deficient. In the United States, twenty-two percent of women
are iron deficient and in Canada, ten percent of women under 50 years of age do not get adequate amounts of iron in their diet. Iron is
required for the formation of hemoglobin, an oxygen carrying molecule found in red blood cells. This is why iron deficiency leads to anemia
- an abnormally low number of red blood cells.

However, even iron-deficiency states that do not lead to anemia may have detrimental effects on human health, including compromised
cognitive function, overall weakness and fatigue, and a weakening of the immune system. Iron is also involved in DNA synthesis, normal
brain development and immune function. Pregnant and menstruating women are often at risk of iron deficiency, as are infants, adolescents,
endurance athletes, and anyone undergoing a condition of growth and/or fatigue or who has experienced blood loss. In children, iron
deficiency causes developmental delays and behavioral disturbances, and in pregnant women, it increases the risk for a preterm delivery
and the risk of delivering a low birth-weight infant.

This product contains no other ingredients that are not listed on the label such as wheat, gluten, corn, nuts, peanuts, sesame seeds, sulphites,
mustard, eggs, fish or shellfish.

Suggested Use: Take 1 capsule daily with food or as directed by a qualified health care practitioner. Take a few hours before or after taking other
medications.

Cautions: Taking a daily prenatal multi-vitamin/mineral supplement along with this product may result in constipation, diarrhea, and/or vomiting due
to the high intake of iron. Consult a health care practitioner prior to use if you are allergic to cow's milk/dairy products.