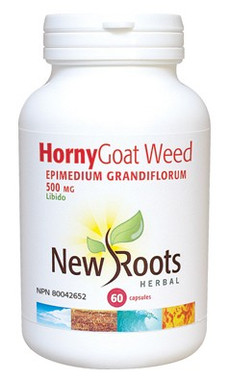 Standardized to 20% icariin and purported to increase libido by increasing levels of nitric oxide, which relax smooth muscle.