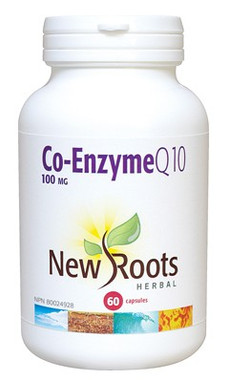 Each 100 mg capsule of New Roots Herbal’s Co-Enzyme Q10 is fermented according to the Japanese pharmacopeia standards to meet the body’s needs for this coenzyme that is critical to all metabolic function.