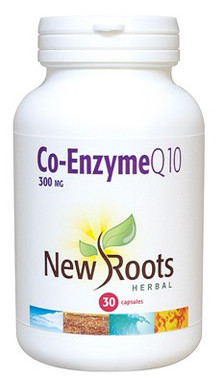 Adults: Take 1 capsule daily or as directed by your health-care practitioner. For migraine prophylaxis: Use for a minimum of 3 months to see beneficial effects.

Each 300 mg capsule of New Roots Herbal’s Co-Enzyme Q10 is fermented according to the Japanese pharmacopeia standards to meet the body’s needs for this coenzyme that is critical to all metabolic function.