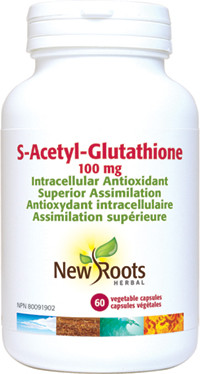 S‑Acetyl‑glutathione is the biologically active form of the powerful antioxidant glutathione, that protects cells from free radicals.

Research has demonstrated the antioxidant action of S‑acetyl‑glutathione rivals that of vitamins C and E. It’s also involved in liver support due to systemic antioxidant activity which can benefit cells throughout the body for better health.

As we experience an age-related depletion of this precious compound, our cells become more vulnerable. Thankfully, reinforcement through supplementation is simple and effective.